In his book, Healing Fiction, James Hillman compares the ideas of Jung, Adler and Freud as the influential backdrop within the therapeutic setting. He compares this modern psychological ritual to story telling, where within a contained space, the therapist and analysand each play a part through the plots and themes of personal pathology as a form of poiesis.

Psychoanalysis is a work of imaginative tellings in the realm of poiesis, which means simply “making,” and which I take to mean making by imagination into words. Our work more particularly belongs to the rhetoric of poiesis, by which I mean the persuasive power of imagining in words, an artfulness in speaking and hearing, writing and reading.

…Plot reveals these human intentions. Plot shows how it all hangs together and makes sense. Only when a narrative receives inner coherence in terms of the depths of human nature do we have fiction, and for this fiction we have to have plot.

Plot reveals to us the nature of the setting; the what, why, how and who, where cohesiveness brings the elements together as story; something that brings sense and meaning to our lives and upon reflection gives one the opportunity for understanding; who am I “in relation to.” Hillman refers to this as a need to found oneself within a story: 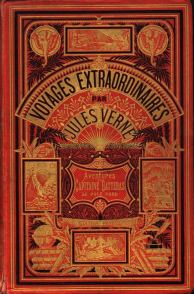 Story may expose us, but if in some sense we can see the compelling nature of story, and see ourselves held, contained and carried along within it, we might also come to see its beauty and necessity. For how else can the telling happen outside of our compulsion as teller?

Has not story been with us for as long as we have any evidence at all for humanity’s past? And even those long ago cave paintings, upon one glance, do they not compel us into their story? Here is where notions of truth, law, fact and history might not be necessary, for where truth cannot be told, honesty may still prevail.

Because stories are not beholden to the truth, they carry necessity into a revelation of something beyond ideal and objectivity. And to be found, not just by any story, but “my” story, may remind me of that ongoing relationship between the inescapable subjective experience and the desire for belonging to that realm beyond one’s personal limits, even though objectivity may never be experienced as a timeless truth.

From the compulsive desire for its purity, truth and power may still serve us well as what urges our way forward, drawing us impossibly toward some unobtainable goal, and so, closer to each other, compelling within us a deeper understanding, acceptance, compassion and love, and as well into an imaginative vision that points beyond the limits of “me,” to the greater whole we belong to.

How then does fate, if we can imagine such a thing, enter into the story? Fate may not mean fatalistic – for our death is in any case already a given. But fate can be understood as the conditions that contain us, imposing certain limits, both universal and personal in nature. If character reveals the constraints of our condition, determining probable outcomes, then fate is the revelation of the conditions, limits, assets and deficits acting upon us through time, endowing us each with uniqueness. Fate then, is the relationship between character and plot within the story that “founds” us.

Fate, in this sense, need not be understood as that which opposes free will, but rather, that which reveals something through relationship within the story, moving and shaping character as poiesis. Fate in this sense is where the plot reveals itself through character and impulse within the passions we feel for the stories images. Here is where we may be tempted to rescue the story itself, becoming the hero of our own life.

But rather than pinning ourselves to any notion of actor vs. script writer, the conflicts in our storied lives could be understood as having a Dionysian quality, displaying a necessary tension as the drama within the story; that inescapable aspect of experience inherent within the nature of being as a “coming and going.” The beauty of seeing life as a story may lie in the notion that it saves us from the burden of looking only for truth by accepting the limits of our ability to know more than our share of it.

Dionysian consciousness understands the conflicts in our stories through dramatic tensions and not through conceptual opposites; we are composed of agonies not polarities. Dionysian consciousness is the mode of making sense of our lives and worlds through awareness of mimesis, recognizing that our entire case history is an enactment, “either for tragedy, comedy, history, pastoral, pastoral-comical, historical-pastoral, tragical-historical, tragical-comical-pastoral,” [34] and that to be “psychological” means to see myself in the masks of this particular fiction that is my fate to enact.

I would place ecstasies right alongside the agonies, where both heighten the capacity for losing ourselves in the story, believing in it, compelled by its necessity and the forceful enactment of our character. The question of fate and character makes clear life’s struggles. Through struggle, and the strange but enduring resistance we might bring to character and fate, both may harden and soften through the more humbling chapters of the story, inviting reflection as that which reveals to us a double nature; the character within and the writer of the story. So then what? 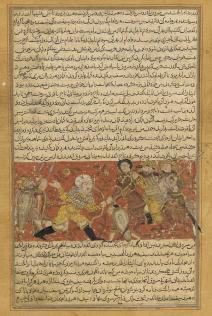 The double nature that we experience through reflection can serve as a force for reimagining the story forward. Although we may not be the only writer of the story, or actor on the stage, what comes clear to us through the passing of time, are the subtle possibilities of plot twists and turns, that because we are already participating in, we now can see anew the part that we play. Perhaps though, the possibility for this sort of intrusion into character and fate, requires something be made of the distinction between the character and the writer. While the character within the story is that which is revealed, where do we find the writer?

If the writer is unknown, therein lies the necessity for an ongoing unknowing as praxis. The fictional self, the written, or Hillman’s, “founded,” when not confined to literal notions of cemented identities, shows us possibilities, each revealing some aspect of reality which without the writer remain unrealized:

If Asclepius is archetypal figure of the healer, Hermaphroditus is the archetypal figure of healing, the psychic healing of imagination, the healing fiction, the fictional healer for whom no personal pronoun fits, impossible in life and necessary in imagination. This figure also helps us revalue the antithetical mode of thinking. It becomes a Siamese-twin mode of insight. One is always never-only-one, always inseparably bound in a syzygy, insighting from a member of a pair. [9] Within these tandems we become able to reflect insight itself, to regard our own regard.

“To regard our own regard,” is akin to Jeffrey Kripal’s notion of authoring the impossible into the possible, where we risk moving out of the story and into the chair of the writer. But for the relationship to be a living one, the syzygy must remain present to us. As well, an opening, if we are to find one within the syzygy, needs our willing submission. To do otherwise, would impose a sense of ownership which risks the closing off of the source which remains as other, and that which would facilitate the story, its characters and our fate.

3 thoughts on “Story and Fate”