Since the recent shootings in Aurora, CO and Newtown, CT, I have been trying to understand why in the last 25 years or so we are seeing an increase in the numbers of mass shootings in schools, malls, churches, workplaces and other public spaces. In the popular media there are several issues gaining traction in response to these tragedies; notably gun control and security. But focusing on the issue of more gun control legislation or an increase in building security of public places, suggests that we don’t necessarily want to look at the possibility of other causes for the increase in these types of tragedies. Do advances in gun technology or – as has also been suggested, a craving for instant notoriety serve as sufficient motivating factors to explain an increase in the frequency of these tragedies?

Perhaps typifying the corruption found in our current economic system of crony capitalism,  connecting and publicizing  the perpetrators to their known use of psychotropic drugs (aka, anti-depressants, anti-psychotics and anti-mania drugs) are under-reported in the media. Yet the use of prescription drugs with their documented list of harmful and sometimes deadly side-effects on users – along with attempts by the pharmaceutical companies and the FDA to underestimate their harm or cover them up entirely, should be considered when examining the motives of the perpetrators in any of the mass shootings.

Pharmaceutical companies enjoy an elevated status from our healthcare providers and protection from the media as both parties continue to make billions off of suggestive and easily marketable common human conditions such as anxiety, depression and mood disorders. How many television commercials do we endure telling us to “ask our doctor about…” any of the many chemical concoctions now available to fix everything from an ailing sex-drive to sleeplessness to metabolic problems, many of which are caused by our lifestyles, or are inevitable consequences of aging?

We have been repeatedly warned that marijuana use may be addictive, lead to a desire for stronger drugs and is a public safety hazard. As studies show, those very same dangers are proven to exist with all psychotropics. Not every individual is at risk, but the same holds true for marijuana users. So, how is it that we should trust the experts who warn us against the harm in marijuana use yet still believe in the safety of prescription drugs that carry similar risks? To be sure, many prescription drug deaths are from pain killers. These deaths are just as tragic, and understandably can occur when someone with chronic pain accidentally overdoses.

Studies have found that many of the psychotropics tested against a placebo are no more effective in treating the so-called illnesses they claim to treat. And if the drugs caused little harm, who would care? But most of these drugs can and do cause harm and there’s no way to predict who will be adversely affected, although children seem to be at greater risk. 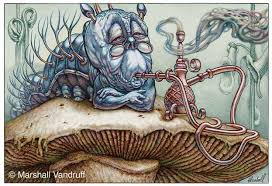 You may know someone who has been helped by these drugs, or perhaps you yourself have benefited by their use. My aim here is not to challenge the veracity of your experience but to challenge the idea that continued use always equals a positive outcome, and that therefore the use of psychotropics is safe. It is not reasonable to conclude that drugs are safe just because the healthcare industry promotes their use. Your doctor may be well meaning, but s/he may be trusting the pharmaceutical companies because s/he thinks they are the experts. Many doctors do not have degrees in pharmacology.

I am no doctor or professional and there is plenty of information available on the use of psychotropics on the internet. My hope is that as the number of Americans using psychotropics continues to rise, the pharmaceutical companies will be challenged by every incident of psychotropic use that harms someone and that the Experts, calling the shots in our culture, including those who are infiltrating public schools with screening programs will come under greater scrutiny for their ties with the pharmaceutical industry, the FDA and the industry’s desire to expand their profits and legitimacy in spite of the harm they sometimes cause.

Thank you Grace Slick and Jefferson Airplane for the post theme song: