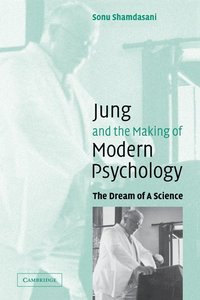 Recently, I have begun to keep a dream journal, again. As in the keeping of past dream journals, the very act of writing seems to stimulate the remembrance of more dreams, and I wonder if by attending to them, the door to the nightworld perspective widens, bringing with it richness and complexity, scrambling the sensibilities of the dayworld experience.

In the nightworld’s stories and images I am no longer the master of my soul, but live as one among many. The rational order and structure that shape the dayworld no longer strictly apply; time and place shift suddenly, people, animals and situations seem unpredictable and often bizarre compared to the waking state. In dreams, animals and babies talk, we fly like birds, meet strange lovers who seem to know us, run in slow motion, breathe underwater, change sex, and talk to the dead. Here we live amongst archetypal or primary forces that find their way into psyche – for in sleep we cannot but give ourselves over to their world.

The dream world is perhaps a place where soul is shaped by psychic weather much as a tree is shaped by earth, wind, fire and rain. Perhaps dream states place us closer to the primary source or state of awareness. Animals evidently dream, if REM states are any indication and even fruit flies sleep. Maybe we should reverse our idea that we fall into sleep and reconsider whether we are not, rather, falling awake. If dreams are primary and their language is image, then as James Hillman suggested in his book The Dream and the Underworld, image is primary.

Living with this idea increasingly suggests to me, that we develop and use language to translate that primary state of the nightworld and its dream images. But the dayworld perspective filters our experience, by narrowing down the sense of ourselves and each other into separate, private beings; each masters of our own house. The more we live life through a dayworld translation, unaware of the depth of the source of our being and knowing, the smaller and more limited our dayworld perspective becomes. To ignore the depths of psyche, where Pluto’s riches are found, is to shrink our awareness by filtering all we know through the logic and reasoning of dayworld awareness alone, in time becoming increasingly dependent on how well we use language to translate to ourselves and to others the imagistic sense of the world’s impression upon us.

“It is this dayworld style of thinking—literal realities, natural comparisons, contrary opposites, processional steps—that must be set aside in order to pursue the dream into its home territory. There thinking moves in images, resemblances, correspondences. To go in this direction, we must sever the link with the dayworld, foregoing all ideas that originate there—translation, reclamation, compensation. We must go over the bridge and let it fall behind us, and if it will not fall, then let it burn.” James Hillman, The Dream and the Underworld

This is not to say that keeping a dream journal is necessary or would even change this situation. One’s relationship to the dreamworld is always in danger of contamination by dayworld perspectives with its need to be master and commander. Dreams then are at the risk of becoming our playthings rather than angels or messengers carrying across from that primal source something new, unexpected or forgotten. Attending to the nature of the relationship between dayworld and nightworld is then, perhaps our life’s work, whether we remember our dreams or not. To acknowledge the existence of an underworld perspective, allowing a place for mystery, and experiencing as Persephone did, the force of the god Pluto dragging us out of our dayworld hubris, stripping us of our innocence, relieving us from our duty of being master and commander, might free us to live mythically, storied lives and place ourselves more fully into the context of the time and place we live in.

If dreams and images are primary, the relationship between language, sense and image then is both vital and flexible. If we see the world through the lens of language without awareness of the lens that filters our vision, our perception will be limited to our ability to define in words the world around us. For some, and they will argue, that is all there is; cold, objective reality, everything black and white, either true or false, dead or alive, good or evil. Quantity then takes precedence over quality, measure over meaning. The talk of soul or dreams, angels, messengers, gods or archetypes is then a throw back to human superstition and ignorance.

The trouble with that perspective lies in its claims of superiority; as if to no longer be susceptible or influenced by any force other than one’s strength of will, education, and societal norms will rid us all of the ills of human existence. So, if we live in the hard facts of “reality,” we have somehow reached the pinnacle of human achievement where ignorance, disease and war will be driven out and reason will usher in peace and perhaps someday, ever-lasting life, even if only through the creation of robotic machinery that we deem to be just like us, or the perfected us, reflecting back an unobtainable quality of perfection and innocence forever out of our reach.

“Mythical metaphors are perspectives toward events which shift the experience of events. They are likenesses to happenings, making them intelligible, but they do not themselves happen… We are those stories, and we illustrate them with our lives (Re-visioning Psychology, pp. 101-2).” James Hillman

I am part of the load
Not rightly balanced
I drop off in the grass,
like the old Cave-sleepers, to browse
wherever I fall.

For hundreds of thousands of years I have been dust-grains
floating and flying in the will of the air,
often forgetting ever being
in that state, but in sleep
I migrate back. I spring loose
from the four-branched, time -and-space cross,
this waiting room.

Everyone does this in different ways.
Knowing that conscious decisions
and personal memory
are much too small a place to live,
every human being streams at night
into the loving nowhere, or during the day,
in some absorbing work.