Somewhere in my late teens, I began to struggle daily for that feeling of peace and belonging I was sure everyone else must have. But more than that it felt as if I were losing the sense of the familiar in the day-to-day of living, including the natural ability to use language. People would talk to me and all I could hear were the sounds. Yes, it was scary.

It came and went over the course of a few years, ebbing and waning during the period of my life where the sense of my identity seemed most fragile. The experience changed my relationship to language. It was as if the location of my awareness had slipped far beneath the surface where language was once readily available – and in order to feel at ease with language I had to learn to translate non-verbal awareness into words.

This sensation of perceiving from some deeper non-verbal place of awareness, remains with me to this day and in some ways still hampers, or at least slows, both my ability to write and to speak. I am an incredibly slow writer, and editing is most of the work. Reading back what I’ve written invites the chance to refine what is being said, forever reaching down into the well in the hopes of bringing to the surface what seems hidden.

But along with the practice of writing, what continues to bridge the verbal and the non-verbal world is the practice of reading.  It is through developing the skills of language that a renewed understanding of the nature of the world and a broadening of the sense of what is possible is continually enhanced.

During my struggles with language, I picked up one of my favorite childhood books, Grimm’s Fairy Tales, and started there. It took a couple of months until reading felt seamless again, and it renewed in me a curiosity for ideas and knowledge that have not left me since.

Reading set me on a quest to want to know everything about anything. How did we get here? Where are we? What are we? Why do we have a level of abstraction that seems far beyond what is necessary for survival?

Perhaps the reason we talk is the same reason that birds sing. 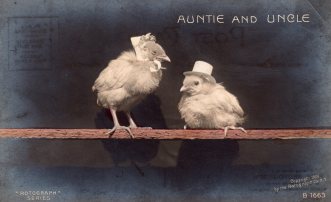 But all language, by its very nature constricts, defines and narrows. All language comes through the context of the writer or speaker. Language can never, by itself, say all that the world is. And yet, without it, how diminished our world would be!

Perhaps that is why we keep on talking, writing, reading, to ourselves and to each other. We never quite get around to saying exactly what we meant to say. There’s always more ways to say more.

And that is why by myself, I will never be enough, but need you, dear reader, dear fellow writer. Our language may never be quite the same, but when we get close enough to rub shoulders, feeling touched, we know we are not alone.

40 thoughts on “If You Could Read My Mind”