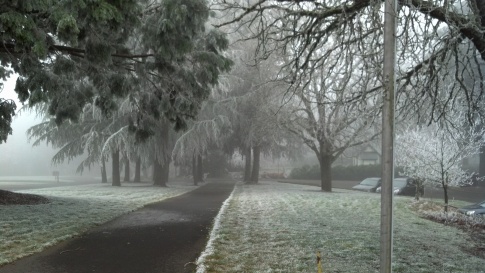 While it’s accurate for me to say that I write for sanity and to clarify for myself ideas and experiences while engaging others who may have similar desires and needs, I can’t pretend to understand fully why particular ideas and perspectives fascinate me and repeatedly hold claim to my time and energy. I only know that repetition, even if imaged as a spiraling rather than a simple circling, seems inescapable. The form of life may be linear, while the content thankfully is not. I do occasionally tire from my own repetitions although I admit to not knowing of a cure from them.

As the sun seems to be crawling reluctantly across the sky in December darkness, everything, including my thoughts, seem to be dipping into the shadows. I can’t tell what is helpful and sometimes feel that there is always some part of me that I am forever looking for.

Dayworld too brings with it the sense of movement; there’s nothing or no one to pin down, as Bob Dylan says, “People don’t live or die, people just float.” Perhaps more than any other time, change has become the status quo; we believe in it and expect it – even when it doesn’t bring us quite what we expected, we simply look to more change to rectify the unexpected. But in living with the constancy of change I wonder if we’re not inviting more and more the desire to become the unchanged? Are the changes outside of our control that come through technology, makeovers, relocation, vacation inviting an unchanging self? 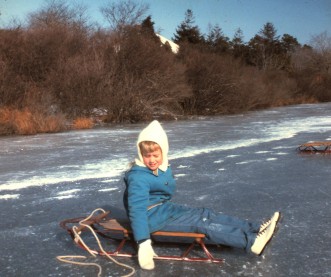 Early in my life it seemed life’s floating was seamless, unquestioned, spontaneous. Perhaps that is how childhood with its abiding sense of innocence need be. The transition to adulthood brought with it a self-consciousness as the sense of separation between self and other, inside/outside seemed more and more apparent. That led to the unrelenting question of, “who am I and who are you, if we are not the same?”

There are many ways to answer and account for our differences, but I have always secretly felt that there is, even though dimly intuited, a common meeting place where our creativity springs forth from. A common wealth that when tapped into expands the ideas we have of ourselves and the world to include ideas found by others that we are looking for – not only from the famous or the experts, but in the everyday encounters we have with each other.

Perhaps we live with a diminished sense of self when fear, apathy, belief and knowledge shelter us from being touched by each other and keep us from realizing the potential we have when touched by others and being touched by them. By touch I mean a touch of the heart, a sharing of thought, feeling and vulnerability with another as if they had something you needed.

Jung says in the Red Book:

“You are hard, my soul, but you are right. How little we still commit ourselves to living. We should grow like a tree that likewise does not know its law. We tie ourselves up with intentions, not mindful of the fact that intention is the limitation, yes, the exclusion of life. We believe that we can illuminate the darkness with an intention, and in that way aim past the light. How can we presume to want to know in advance, from where the light will come to us?”

The perspectives offered by myth, in which the invisibles are personified through stories of their adventures and relationships can be ways to practice hearing others. The heroes, villains, tricksters, creators and destroyers of mythology found in any culture articulate the multi-faceted nature of not just human nature but the primary experiences of the world. Of myth, Liz Greene says:

“The language of myth is still, as ever, the secret speech of the inarticulate human soul; and if one has learned to listen to this speech with the heart , then it is not surprising that Aeschylos and Plato and Heraclitus are eternal voices and not merely relics of a bygone and primitive era.”

It could also be that for us moderns what removes from us the possibility of seeing mythologically the themes in our lives is a theme of believing in a unity of our personal identity. This is the dark side of unity that mistakes undifferentiated oneness for unity rather than unity as that which unites the many parts through the differentiation of their natures. Perhaps wholeness is the desire for differentiated unity, but can never quite be experienced in oneself without the sense that others are crossing the bridge with you.

“But our ruler is the spirit of this time, which rules and leads in us all. It is the general spirit in which we think and act today. He is of frightful power, since he has brought immeasurable good to this world and fascinated men with unbelievable pleasure. He is bejeweled with the most beautiful heroic virtue, and wants to drive men up to the brightest solar heights, in everlasting ascent.

31 thoughts on “Keeping the Change”