A quick tour of C.G. Jung’s idea of the Self is featured in the video below. Jung’s notion of the Self is a more modern term for describing an experience of what has had in the past many names and which Alan Watts called At-One-Ness. Humans from various times and places, have acknowledged a place in their culture for transpersonal experience – understood and assimilated through stories, myth, symbols, language, initiation. Support was given for assimilating these profound experiences that were understood to benefit the whole community. A whole that people knew themselves to be a part of and could not exist apart from.

Not to idealize the past, for all ages have had their share of miseries and hardship, and we carry the past with us and hopefully carry it forward into the future remembering and honoring what we’re here for.

For many in our day, an experience of deep unity, relatedness or what Jung  called the Self is not easily reconciled with our day to day living and can be ridiculed and considered suspect, unreal, or if you’re really hip – something your brain is doing to you. Yes, that’s how separate some of us feel today, not only the separation from God or the Garden, the gods or each other, but from the very body that we are! Amazing! 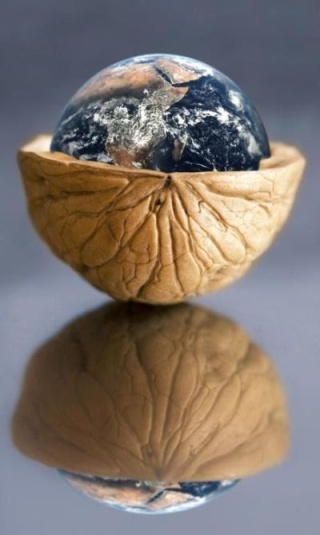 What caught my attention while listening to the video was the mention of the idea of assimilation, living with one foot in the conventional world, one foot in that other place, which has been called by many names – The Tao, the Underworld, Anima Mundi, Hades, The Light, Heaven, Cosmos, Nirvana. Many of us have glimpsed these places now and then. But like a dream that we wake up from, suddenly realizing we’re not dreaming,  little is left but the fluttering as that other world quickly fades away. Not without a trace however, or thankfully without leaving its mark.

Once you’ve been there, touched by it, you cannot unknow it. No one, no matter their expertise, lack of belief, teasing, logic or ability to talk you back into life’s conventional stream of activity, can take away – not only your memory of where you’ve been, but the knowing that enveloped you while there, building the bridge you are now learning to traverse.

The intuition, the non-verbal radar that connects you to the bigger picture where everything is related  – you now know it is not in you, but that you are in it, or are it and always have been, as is everyone else. And if you look for the relatedness between seemingly separated beings, things, ideas, you’ll see the necessity of each and every thing, place and time.

10 thoughts on “In a Nutshell”